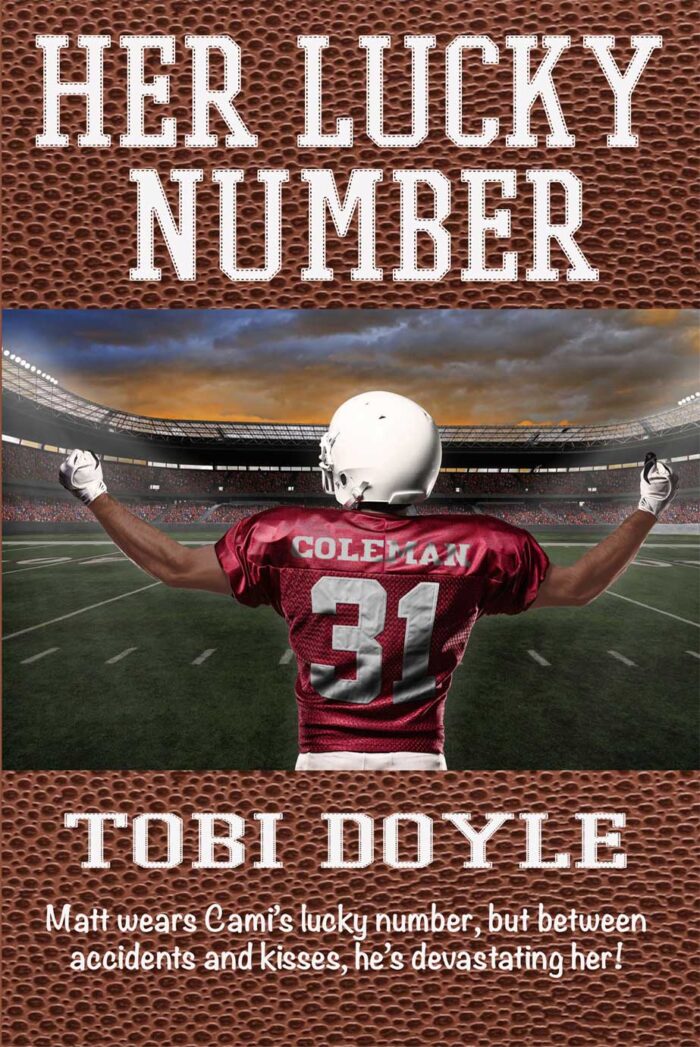 Matt Coleman is wearing her lucky number, but he’s catastrophic to her health and heart. Available on Amazon: https://amzn.to/310lssu

Matt Coleman is a successful professional football player with good looks and great personality that everyone loves. Everyone except the new place kicker’s sister, Cami. He’s not used to open hostility and when he turns on the charm she turns him down cold. Even when he tries to be a nice guy he manages to screw it up. He’d like to ignore her, but he can’t. She’s beautiful, funny, incredibly sweet, and he wants her. If he could just get her to stop hating him so much…

Cami Lansing loves her family more than anything. When her older brother Gabe gets a great contract as a place kicker and moves to California he wants her to come with him. Being born deaf Gabe has never been comfortable speaking in public, and he relies on Cami to speak for him. She doesn’t mind except that she seems to be stuck in the path of destruction in the form of his teammate, Matt Coleman.

Matt is too attractive, too charming, and loves to whip his fans into frenzies which have resulted in her concussion, broken foot, and second degree burns down her back from scalding coffee. She can’t seem to avoid him, although she desperately tries. She’d like to hate him but he’s so sweet to her brother and well, she’s attracted to him also.

If only they could get their chemistry to be compatible instead of so combustible.